The biggest reality show in Nigeria has finally come to a close this year, making it the fourth season.

The attention was massive with the most individual having their choice of contestants and casting their votes till the last day. The show which commenced on 30th June 2019, ended in a grand style with Tiwa Savage, Patoranking, MI Abaga, performing at the grand finale.

Twenty- six contestants did their best, but only one was able to win the grand prize of 60 million worth of prizes. The final five, Omashola, Seyi, Frodd, Mike, Mercy, journey in the Big brother’s house finally came to end on Sunday 6th October 2019, but Seyi and Omashola couldn’t make it to the top three leaving Frodd, Mike (who also 2million naira from Bet9ja) and Mercy.

The viewers made a choice and choose Mercy also known as Lambo as the Big Brother Naija 2019  season 4 pepper dem.

#BBNaija
Dear Lord
Thank you so much for my baby #Mercy
Kai thank you Lord pic.twitter.com/KEBq1d16ot

Congratulations on emerging the winner of Bbn4: PepperDem!! @real_mercyeke ,You just made history as the first BBN female winner!!Woahhhh!!! You played THE game!! We rode for each other, you were always by my side, my friend, my baby, my confidant!! You're a queen 👸🏿 pic.twitter.com/R9Q36r4MIF

And the winner is Lamborghini Mercy. Like I said earlier in the season. Would be nice to see a lady win this year. Congrats. #bbnaija

And the winner is Lamborghini Mercy. Like I said earlier in the season. Would be nice to see a lady win this year. Congrats. #bbnaija

Mike becomes the 1st runner-up and Frodd the second runner-up.

Seyi also gets endorsed by ONE.org 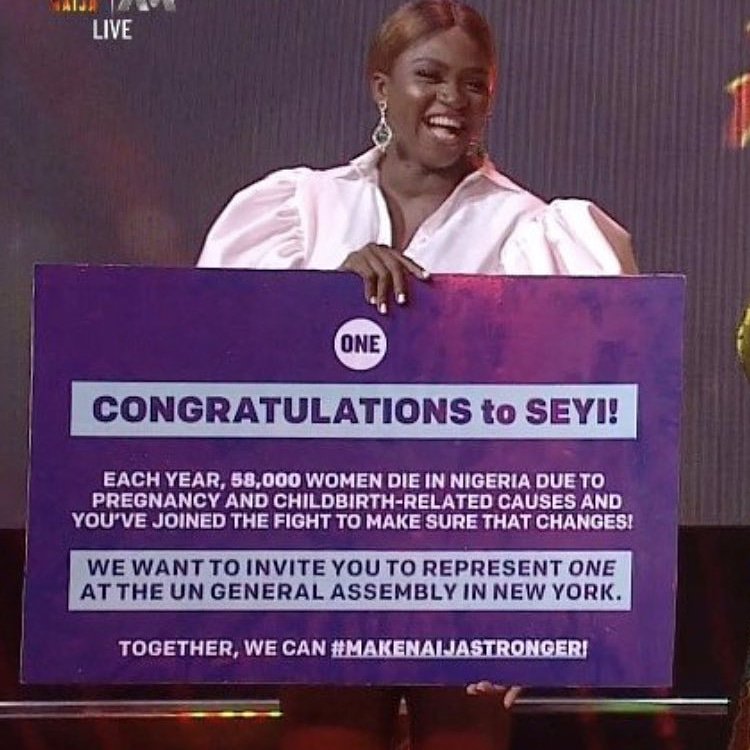 INEC issues the certificate of return to Sen. Hope Uzodinma

Aramide announces the arrival of her baby