Mobile networks in Asia and Europe are suspending orders for Huawei smartphones following the US decision last week to restrict the company’s access to American technology.

The inclusion of Huawei on an export blacklist means the Chinese company can no longer source software or components from U.S. suppliers without a license.

Existing devices are unaffected but the restrictions threaten future Huawei products and its leading position in building super-fast next generation 5G networks.

Huawei could be the first big casualty of the ongoing trade war between China and the U.S.

The suspension of orders is the first tangible evidence that the Trump administration’s latest escalation of its campaign against Huawei on grounds of national security, is hurting the company’s business.

The suspension of orders is the first tangible evidence that the Trump administration’s latest escalation of its campaign against Huawei on grounds of national security is hurting the company’s business.
Huawei overtook Apple (APPLE) last year to become the world’s No. 2 smartphone brand behind Samsung, and it relies on markets outside of China for half of its sales.
The US export ban has forced Google (GOOGLE) to cut Huawei’s new devices off from its Android ecosystem. A temporary reprieve by the US Commerce Department allows Google to service existing Huawei devices for the next 90 days.
“We are looking into how big the impact is and decided to postpone the sales,”: KDDI spokeswoman Reiko Nakamura said.
SoftBank is assessing “whether we can sell the products to our customers with no worries,” spokesperson Yusuke Abe said. “Given the situation … we have decided to delay the sales,” Abe added.
The EE spokesperson said the company was working with Huawei and Google and added that the company would provide updates on future smartphones in due course.
“We value our close relationships with our partners, but recognize the pressure some of them are under, as a result of politically motivated decisions,” a Huawei spokesperson told CNN Business.
“We are confident this regrettable situation can be resolved and our priority remains to continue to deliver world-class technology and products to our customers around the world.” 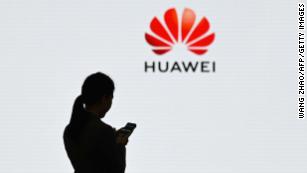 What did Huawei do to land in such Trouble with the US?
Like 85% of the world’s smartphones, Huawei devices run on the Android operating system and access popular apps and services like Gmail, YouTube and Google Maps.
The loss of the Google ecosystem makes Huawei devices a lot less attractive to international consumers. They would lose the Android operating system and access to the Google Play app store. Moreover, third party apps like ride hailing and food delivery platforms rely on services like Google maps. Those apps would not function on a phone cutoff from Google services.
Plugin Install : Subscribe Push Notification need OneSignal plugin to be installed.

The world's first guitar-shaped hotel will open in South Florida U.S.A this year.

UPDATED: Buhari tells ministers to keep working till May 28

UPDATED: Buhari tells ministers to keep working till May 28

RAVE TV is Nigeria’s first Interactive, multi-broadcast, youth-focused channel on Digital Terrestrial Television (DTT) poised to entertain, educate and inform the young and young at heart with rich contents that cuts across the African borders.

No Result
View All Result